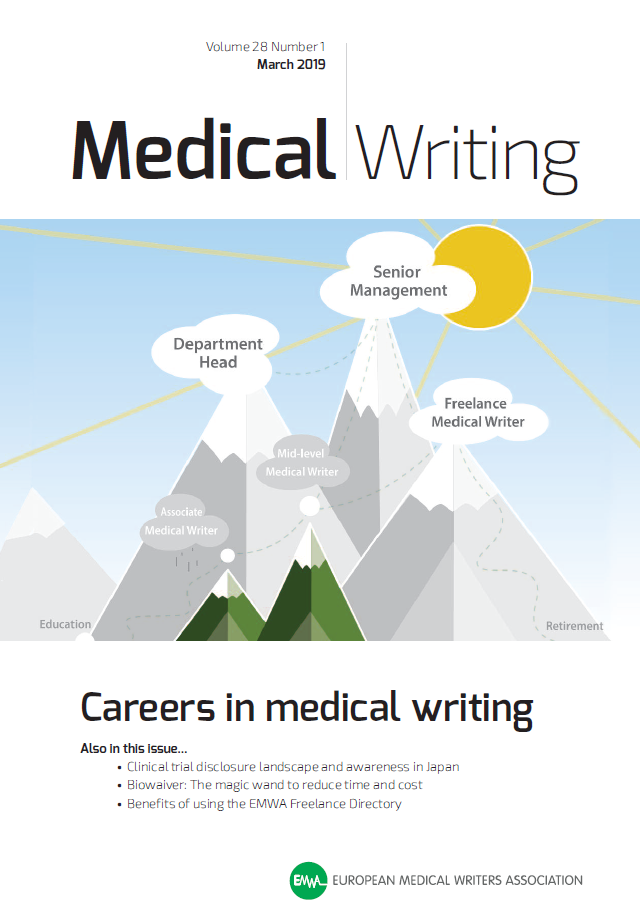 I know all the stereotypes about vets. We work as clinicians as seen in All Creatures Great and Small and are intrinsically motivated to help every animal we cross. And yes, that is partly true. There are three major pillars in which vets can work. Most vet school students want to work with pets in a clinical setting after completing their studies, making this the most sought-after pillar and fulfilling the stereotype. In contrast, there is a large need for vets in the second pillar: working with food producing livestock or in abattoirs. In the big picture of general health this is much more important than performing neuro - surgery on paraplegic dachshunds, even if it is less glamorous. The third pillar is lesser known: a scientific career. In itself another broad field, this may vary from working on the bench in a university or pharmaceutical company to supervising animal welfare in laboratories.

Careers in medical writing
President’s Message
EMWA News
How to get your first job as a medical writer
Educating the medical writer: A 5-year update
Cheeky medical writers: Transitioning from academia to medical writing
Making the leap: My move from academia to medical writing
From bench to pen: Life as a new medical writer
The grass is always greener on the other side
Pharmaceutical writer or CRO writer – choosing the right path
Career shift: Employment to freelancing
Medical writing and medical translation – two crossing paths
Career opportunities in medical device writing: Employee and freelance perspectives
Career shifts – surviving a change in geography
Grant writing and editing
1000 words in 1 picture
Medical writing at the management level
Thriving (and not just surviving) in a VUCA healthcare industry
Elevate your medical writing team to success
Clinical trial disclosure landscape and awareness in Japan
News from the EMA
Regulatory Matters
Gained in Translation
In the Bookstores
Medical Devices
Journal Watch
Veterinary Medical Writing
Good Writing Practice
Medical Communication
Regulatory Public Disclosure
Out on Our Own
Vignettes - Life After Medical Writing